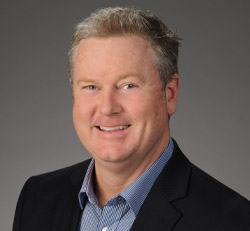 Tom Burns, an Atlanta resident since 1980, is the owner of TORO Properties Rehab. He was introduced to real estate as a teenager, renovating rental property that his parents owned. In 1998, he turned it into a full-time career. He has repositioned over 250 single family homes and more than 800 multi-family units.

Tom was a 5 year franchisee of HomeVestors, a national home buying company, and was Treasurer of the Atlanta franchise council. He has spoken at numerous real estate conferences, and has been quoted in The Wall Street Journal, The Atlanta Business Chronicle, Curbed Atlanta, and Entrepreneur Magazine. He is also a past board member of the DeKalb County Chamber of Commerce.

TORO Properties Rehab is registered with the Georgia Secretary of State and is rated A+ by The Better Business Bureau (BBB). In April of 2019, The City of Tucker and The Tucker Northlake CID (Community Improvement District) presented Tom with the annual award for “Best Commercial Renovation” for 5007 LaVista Road, a 2,400 SF stand-alone building that had been vacant for 9 years, had been completely gutted by vandals, and the entire roof had caved in on itself. Click here for the full story.

Tom Burns graduated from St. Pius X High School in Atlanta and holds a BA from The Citadel, The Military College of South Carolina. While at The Citadel, he was an Air Force ROTC cadet, a Dean’s List student, and played lacrosse. Tom, his wife Diane, and their three daughters live in Decatur.